DANCE WITH MY FATHER! 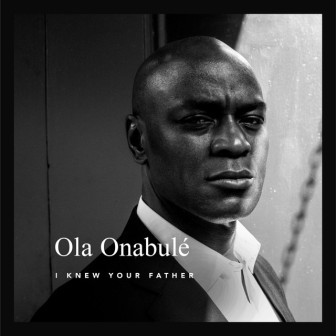 As previously reported, British/Nigerian singer/songwriter OLA ONABULE releases his latest album at the end of August. ‘Point Less’ will be the follow up to Ola’s successful 2015 outing ‘It’s The Peace That Deafens’.

Ola heralds the LP release with the album’s first single – a complex, rhythmic affair, ‘I Knew Your Father’. The lyric alludes to events related in a key album track, ‘Ballad Of The Star Crossed’ which tells the story of a young man who was fatally shot in the presence of his partner and their infant daughter. ‘I Knew Your Father’ tries to explain how an observer might react to and comprehend those horrors… heavy stuff indeed but it gives you a flavour of what to expect on ‘Point Less’ – a set that focuses on issues of social injustice with tracks that deal with issues like violence, immigration, betrayal of dignity and xenophobia.