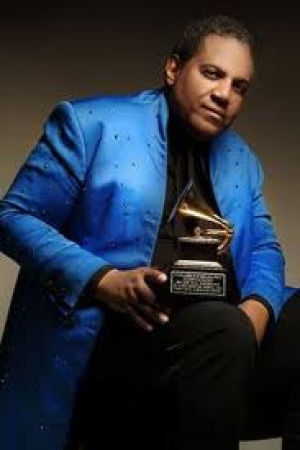 One time member of THE TEMPTATIONS, DAMON HARRIS, has died. Reports from the Motown Alumni Association say that HARRIS died on Monday 18th February aged 62. No cause of death was given but the singer had been fighting prostate cancer for some years.

OTIS ROBERT HARRIS was born in Baltimore in July 1950, and as a youngster he became a huge Motown fan, idolising in particular EDDIE KENDRICKS of THE TEMPTATIONS – whose voice young OTIS learned to mimic. With teenage friends he formed a TEMPTATIONS style harmony group – THE YOUNG TEMPTS – and they recorded two songs for THE ISLEY BROTHERS T-Neck label. An injunction from Motown led to a name change and THE YOUNG TEMPTS became THE YOUNG VANDALS – a group that BILLY GRIFFIN was eventually to join.

After the YOUNG VANDALS disbanded, OTIS (the name he then used) went to college but friends encouraged him to audition for THE TEMPTATIONS who were seeking a replacement for EDDIE KENDRICKS. The iconic tenor/falsetto had originally been replaced by RICKY OWENS but his patchy live performances meant he needed to be replaced too. After a series of auditions, HARRIS got the gig (despite reservations about his age – he was only 20) … but he was asked to use another Christian name simply because THE TEMPTATIONS “already had an OTIS”. He chose DAMON.

DAMON HARRIS was with THE TEMPTATIONS between 1971 and 1975 and featured on hits like ‘Superstar’, ‘Take A Look Around’, ‘Papa Was A Rolling Stone’ and the lovely ‘Love Woke Me Up This Morning’ – on which his lead vocal still sounds sublime. Sadly he was fired from the group. Motown said that HARRIS had made public statements that affected the perception of the group with the record buying public.

HARRIS reformed THE YOUNG VANDALS but quickly changed their name to IMPACT, releasing an Atco album before signing with Fantasy records. Poor sales meant the group disintegrated and HARRIS embarked on a solo career without too much success. He quit music and went back to college but in 1990 he joined a “TEMPTATION REVIEW” that included another ex-member, RICHARD STREET. He eventually formed his own troupe of TEMPTATIONS (which were still touring until recently) and he also toured with DAVID RUFFIN, EDDIE KENDRICKS and DENNIS EDWARDS before the deaths of RUFFIN and KENDRICKS.

Diagnosed with prostate cancer, DAMON HARRIS founded a charitable trust charged with raising awareness of the condition amongst the Afro-American community and in recent years divided his time between the trust and his musical commitments.