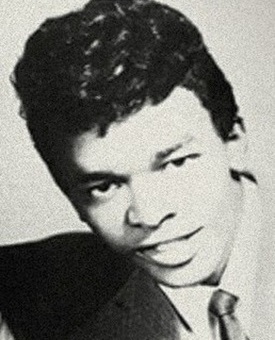 Soul man CURTIS WOMACK of the legendary Womack clan died last week – Sunday 21st May at the Bluefield Regional Medical Centre, in West Virginia. He was 74 and cause of death was given as respiratory heart failure.

Born in Charleston in 1942, he formed a gospel group with his brothers Bobby, Cecil, Harry and Friendly in Cleveland in the early 50s. Under the mentorship of Sam Cooke they changed from “Curtis Womack and The Womack Brothers” to the Valentinos and entered the secular music arena.

Signed to Cooke’s SAR label, they scored a hit with ‘Lookin’ For a Love’ and also recorded the original of  ‘It’s All Over Now’ – a massive hit, of course, for the Rolling Stones. After Cooke’s death they switched to Chess where immediate success eluded them though several of their Chess recordings did become favourites on the Northern soul scene. Then as brother Bobby went solo and Cecil left after marrying Mary Wells, Curtis, Harry and Friendly struggled to keep the brand alive.

Curtis Womack is survived by his five children and thirteen grandchildren, as well as his long-term companion, Bernice Carruthers, and his brother Friendly, who is now the last surviving Womack brother. One of Curtis’ sons is the singer/guitarist/producer/studio owner Binky Womack (see our reviews archive for info on him)