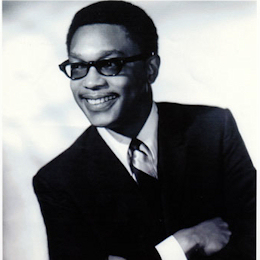 US soul web sites are reporting the recent death of singer/songwriter CURTIS BLANDON. Northern soul fans will have fond memories of Curtis’ best-known tune, ‘In the Long Run’ which was a club favourite for many years.

Blandon, born in Birmingham, Alabama, came from a musical family and his school pals included Eddie Kendricks and Shorty Long. His first musical foray was with a group called The Dubs, formed with his brother Richard. Moving to New York via Chicago, Blandon found a job with the Vocaleers before striking out as a solo singer.

After a spell in the army, he recorded for Buddah, and then reformed the Dubs before signing with Wand in 1972, where he scored his biggest success … the lovely, optimistic ‘In The Long Run’. The soundscape of the cut is very similar to the sound of Gene Chandler… hardly surprising since the Chicago soul legend produced it!

The song failed to break nationally, (though it became a big European Northern fave) and a disappointed Blandon moved into song writing enjoying most success with Gloria Gaynor. In 2007 Blandon released some new material under the heading “Northern Soul Legend” but it failed to make any impact!