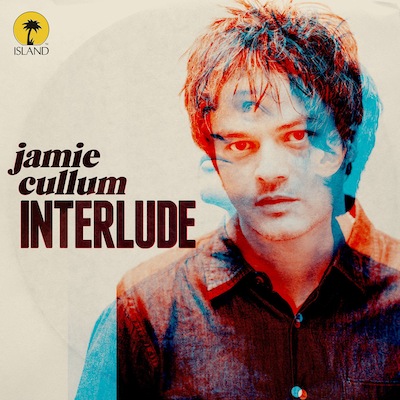 Award winning broadcaster, song-writer and top jazz man JAMIE CULLUM has announced the release of ‘Interlude’, his new “jazz” album – featuring Laura Mvula and Gregory Porter. The long player will be released in the UK on 6th October 2014 via Island Records.

The set’s lead single is ‘Don’t Let Me Be Misunderstood’. Guest vocalist on the track is the aforementioned Grammy Award-winning, ubiquitous jazz vocalist Gregory Porter, and the tune will be released on 1st September 2014.

Jamie’s production collaborator on the set is Ben Lamdin (aka Nostalgia 77) and Jamie says,“Ben and I are about the same age. We both grew up listening widely, from rock, drum n’ bass to hip hop and discovered jazz through acts like DJ Shadow and A Tribe Called Quest. Loving jazz the way it used to sound and fascinated by the way it used to be recorded Ben set to work in this amazing analogue studio behind a fish market in Willesden, North London. Surrounding himself with like minded musicians he’s been going in there and making these fantastic records for about 10 years. I have been a fan since day one. Ben and I decided that we should collaborate and with little hesitation booked three days in the studio, booked musicians and worked on arrangements with Nostalgia 77’s bass player Riaan Vosloo. A few weeks later on a cold January morning we walked in and recorded the whole thing, live in just a handful of takes, often using the first ones – 16 tracks in three days. Ben and I really tried to avoid more obvious jazz standard choices. It wasn’t so hard – Ben and I are both crate diggers so we approached the repertoire choice and arrangement references from that point of view.”

Jamie concludes: “Between us we created my ‘Interlude’ … very much something that was recorded in a celebratory way – a celebration of people I’ve met through doing the radio show. The result is twelve tracks, cribbed (mostly) from the earliest days of jazz, recorded simply in one room, with incredible musicians, like it used to be.”

To launch the album, Jamie will play the following UK shows:

These will be followed by dates across Europe, including Germany, Sweden, Holland and Turkey