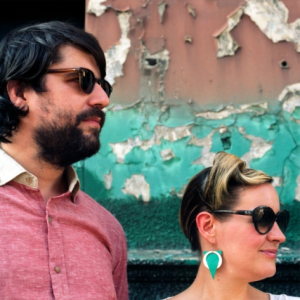 Tru Thoughts Records are all set to release the third single from the ALICE RUSSELL/QUANTIC collaborative album, ‘Look Around The Corner’. The newie is the plaintive, yet stately ‘I’d Cry’. Described by ALICE as a modern look at 70s soul ballads, it features a typically sensitive vocal from ALICE alongside some quirky gypsy-folk violins. The release features the full length album version and a more focused 3 minute radio edit.

The single has ‘Here Again’ on the flip. It’s another Latin item with a hint of the blues about it. For those who like instrumental versions you get the track from both songs.

Vinyl collectors will need to know that the single will also come in a very special limited vinyl edition…. because of the title the record will be pressed up in teardrop-shaped blue vinyl! Release date is July 15th.