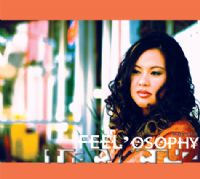 If you’ve been browsing indie soul sites recently or, indeed, trawling through new releases on CD Baby one name you’ll find regularly cropping up is that of TRACY CRUZ. The Bay Area vocalist’s ‘Feel’osophy’ album has been making waves right across the West Coast, so www.soulandjazzandfunk.com decided to catch up with the chanteuse to discover more about the album. TRACY told us that she was bitten by the performing bug aged just twelve when she won a string of talent competitions… and her inspirations? “Well I’d say my biggest influences are JILL SCOTT, LAURYN HILL, SARAH VAUGHAN, and LEDISI, though I strive for my own distinctive vocal style”. Like HILL and SCOTT, TRACY also pens much of her own material: “As the primary songwriter, I try to bring personal observations and experiences on love and life to my songs“. The lady’s debut album “Feel’osophy” – released September 23, 2008 – is, she says, “the study of emotions through musical words and sounds” and since its release, the album has won 3 Muses’s Muse Awards for Best R&B CD Project of 2008, Best Lyrics Female, and Best R&B Single Female and has received attention from reputable music critics and deejays worldwide. The album is now available via CD Baby and most internet outlets and you can discover more about TRACY at www.tracycruz.com