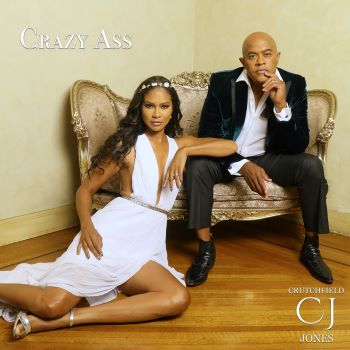 CRUTCHFIELD JONES is a US husband and wife singing duo, Shireen and Ricky. The pair, who work out of Los Angeles, first met 30 years ago working for Motown. Shireen was part of The Good Girls vocal group while Ricky was lead singer in Yours Truly.

After their groups folded the pair went their sperate ways. Shireen became an in-demand model and actress while Ricky attempted a solo career, recording two albums  and touring with people like Nancy Wilson, Faith Hill, The Backstreet Boys and Lionel Ritchie.

The pair eventually married (different people) and started  families but after two divorces, Shireen and Ricky reconnected and eventually got married (sweet or what?) and started making music. Their current single is a steady R&B flavoured chugger ‘Crazy Ass’ . There’s evident chemistry between the pair and the track features some nice horn parts. It’s out now!