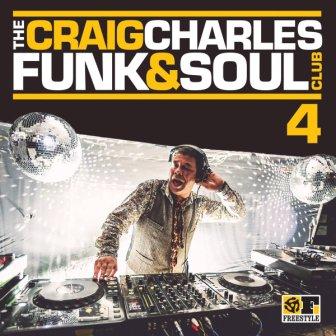 The sometime space cowboy and Corrie cab driver is now acknowledged as one of the UK’s most influential soul spinners and the music on this new 19 tracker reflects the kind of stuff he plays out on his BBC 6 shows and, indeed, as he plies his trade across the nation’s club and night spots.

The collection opens with Kylie Auldist’s lovely beater, ‘Family Tree’ and ends with the jazz soul of the Telmo Fernandez Trio’s I Can’t get Satisfied’. In between there’s all kinds of everything…. long lost classics like Brian Auger’s ‘Black Cat’ and new European flavours from the likes of Marta Ren and the Groovelvets. Even dear old Lisa Stansfield gets a look in with the inclusion of ‘The Rain’ from her ‘Seven’ album.

Craig says: “Here’s the cream of the current crop. The choicest cuts of my favourite slices of the slinkiest soul and weapons grade funk bombs!”