CRACK THE CODE AND HOLLA! 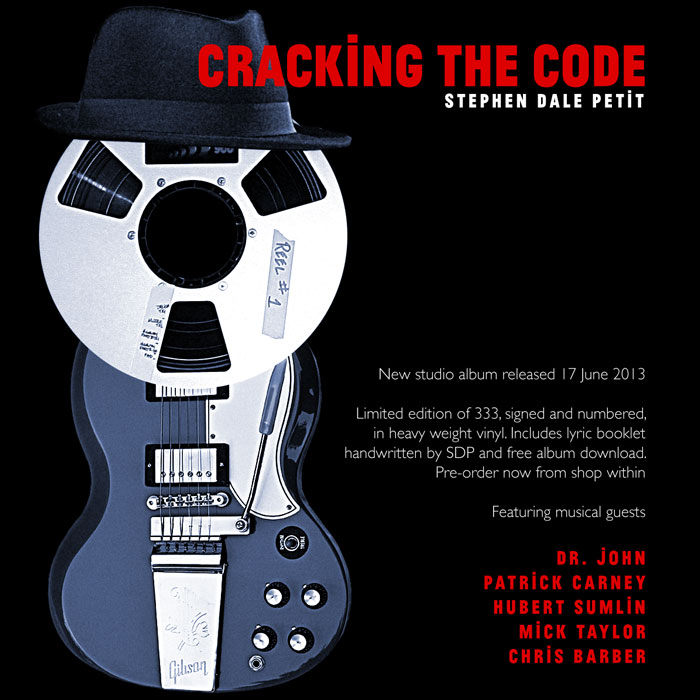 New age bluesman STEPHEN DALE PETIT has just launched his 5th solo album – ‘Cracking The Code’. From it the supercharged ‘Holla’ has been lifted as lead single. ‘Holla’, which also features THE BLACK KEYS, PATRICK CARNEY and MICK TAYLOR, is being launched at a special gig at London’s 100 Club down on dear old Oxford Street this Thursday – June 20th. Tickets for the show can be had @

Born in the USA, but now residing in London, PETIT has built a solid reputation as blues player – confirmed by the high profile guest on ‘Cracking The Code’. As well as ex-STONE TAYLOR and THE BLACK KEYS, the set also has DR JOHN, CHRIS BARBER and HUBERT SUMLIN in support. The album is released on the Universal imprint 333 Records and no less than ERIC CLAPTON is endorsing it. Old SLOW HAND was given a sneak preview and – man of few words – simply declared “It’s lovely” … can’t argue with that