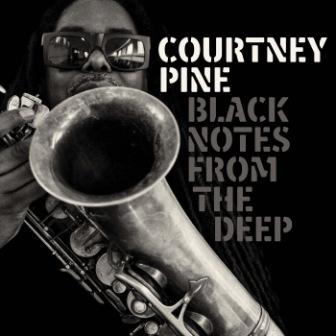 Garlanded UK jazz man COURTNEY PINE CBE is set to release his 19th album at the end of October. The ten tracker is ‘Black Notes From The Deep’ and features guest appearances from a stellar cast that includes bassist Alec Dankworth, Robert Mitchell on piano, Rod Young on drums and Omar. Mr. Lyefook MBE adds his silky soulful tones to four tunes that include Pine’s reading of Herbie Hancock’s ‘Butterfly’. The three other songs are ‘Rules’, ‘Darker Than Blue’ and ‘In Another Time’ – this lovely Latin shuffle is an album highlight.

Other highlights include ‘Rivers Of Blood’ and ‘A Change Is Sure To Come’. The former references Enoch Powell’s notorious speech that stirred tension amongst those who became known as “The Windrush Generation” – which numbered Pine’s own parents while the latter, a light waltz, takes Sam Cooke’s famous anthem as its inspiration – here offering optimism and hope.

COURTNEY PINE; BLACK NOTES FROM THE DEEP is released on Freestyle Records on October 27th