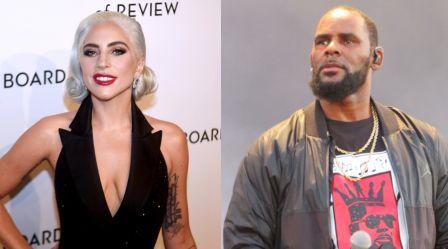 The music biz has started 2019 with a series of high profile legal cases… like the recent Ed Sheeran/’Let’s Get It On’ dispute. Now singer R Kelly has found himself centre stage again as Lady Gaga has openly apologised for working with him, and vowed to remove their duet, ‘Do What U Want’, from streaming services.

Her decision comes after the broadcast of a new documentary about Kelly, ‘Surviving R Kelly’, which detailed allegations of sexual and physical abuse against women and underage girls, spanning several decades. Kelly has denied all the allegations but Gaga called the stories “horrifying” and “indefensible”, adding: “I stand behind these women 1000%”.

Meanwhile, the documentary has prompted fresh investigations into R Kelly in Chicago and Atlanta. At a press conference on Tuesday, Chicago state attorney Kimberly Foxx urged anyone with information to come forward.

In a completely different story Michael Jackson’s estate has criticised a documentary alleging the late singer sexually abused children. The film ‘Leaving Neverland’ will premiere at the Sundance Film Festival this month and includes interviews with two alleged victims of Jackson. Representatives for Jackson’s estate have responded in a statement: “This is yet another lurid production in an outrageous and pathetic attempt to exploit and cash in on Michael Jackson.”