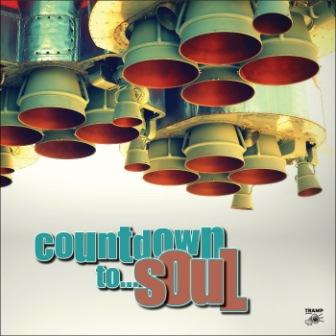 Germany’s TRAMP RECORDS have announced they’re to start curating a new series of compilations…. ‘COUNTDOWN TO SOUL’. The small label specialises in sourcing, licensing and reissuing obscure, esoteric and collectable music from the dozens of small US labels that thrived in the 60s and 70s and their series ‘Movements’, ‘Feeling Nice’ and ‘Praise Poems’ have been warmly welcomed by collectors.

The first ‘Countdown To Soul’ is set for release on September 22nd and the album features 17 cuts from a set of largely unknown performers … people like Hank Hodge, Rita MacNeil, The Chances, The Fugitives and Jackie Johnson and the Backbeaters who kick things off with an atmospheric, harmonic ‘How Tough It Was’.

Probably best known name on the set is Reuben Bell. He offers his twist on Wardell Quezerque’s ‘Superjock’ … tough, hard funk. Elsewhere there’s’ plenty of soul-jazz instrumentals like Ulysses Crockett’s vibe-led ‘Major Funky’ and the album’s rounded off with a very odd but haunting ‘Sound Of The Wind’ from a gent called John Brown.

‘Countdown To Soul’ comes in CD (all but one track appears CD for the first time), digital and as a double vinyl album complete with full background notes.