CORINNE BAILEY RAE DOES IT AGAIN 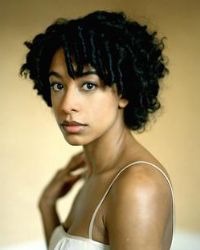 CORINNE BAILEY RAE is currently putting the finishing touches to her new album, ‘The Sea’, which will be released at the start of February. In the meantime, the first single is on the way – ‘I’d Do It All Again’ .The song will get its first airing when CORINE appears on BBC 2’s ‘Later With Jools’ performing an acoustic version of the track. This will be broadcast on both Tuesday 17th and Friday 20th November.
CORINNE has also just confirmed a very special guest appearance as part of Mencap’s Little Noise Sessions. These are hosted and curated by JO WHILEY and feature artists presenting stripped-back sessions at the Union Chapel, Islington. CORRINE will be performing an acoustic set – supporting RICHARD HAWLEY – on Thursday 19th November. Tickets are priced at £40 and are available at www.littlenoisesessions.org.uk
This will be followed by her first full concert in well over two years on Monday 23rd November. This instantly sold-out gig at The Tabernacle in London will see CORINNE unveil her brand new band and showcase a full range of songs from ‘The Sea’. More details at www.corinnebaileyrae.net