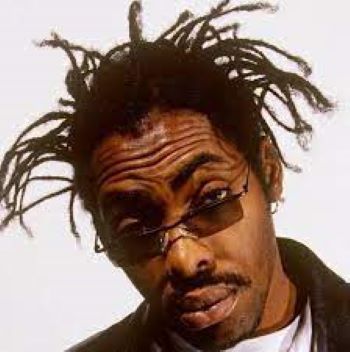 US rap star COOLIO died on Wednesday 28th September. He was aged 59 and it seems he died  at a friend’s Los Angeles house. Coolio was discovered unresponsive on a bathroom floor. He was pronounced dead by first responders. Police have opened an investigation into his death, though foul play is not suspected. Indications are that the rapper suffered a heart attack.

Coolio was born Artis Leon Ivey in Los Angeles in 1963 and will forever be remembered for his worldwide hit ‘Gangsta’s Paradise’,  a rap reimagining of Stevie Wonder’s ‘Pastime Paradise’. Amongst his other hits were ‘Fantastic Voyage’ and ‘C U When U Get There’.

Coolio recorded eight albums and also acted in films and TV series. Versatile, he published a cookbook and had his own cookery web channel. He was also a regular on all sorts of reality TV shows and quizzes.