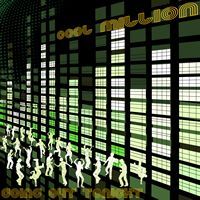 One of last year’s best modern soul albums was COOL MILLION’S ‘Going Out Tonight’. The Expansion release was critically acclaimed, and, more importantly, its unashamed retro beats found huge favour in the country’s modern soul rooms. Now millionaire duo – FRANK RYLE and ROB HARDT – have brought in no-less-a-legend than TOM MOULTON to remix a couple of the set’s tracks – ‘Lift Me Up’ and ‘Give Me My Love’. On both, Mr. M has kept elements of the originals but added zipping strings and lovely, Salsoul-inspired percussive breaks. The longer lengths, too, will increase dance floor appeal. The new mixes will be available from January 29th as a double A side vinyl maxi single… the label is Sweden’s Deep Play. And to prove that FRANK and ROB can do contemporary soul too, another of the album’s cuts – ‘Everything Ain’t Everything’ – gets a fresh tweak from French chill out maestro IËLO. He comes up with a tasty ‘Nu Soul Remix’ on the PACE featured song, and the result is an ultra-cool urban cut. That one will only be available as a download and on the forthcoming Japan release on Columbia Records (JP).