COOL MILLION BACK FOR MORE 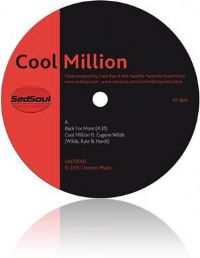 Top Euro modern soulsters COOL MILLION will soon be releasing their second full album – ‘Back For More’ – on their own Sed Soul Records. As an appetite wetter, they’ve just unleashed the title cut as a single. Featuring the vocals of EUGENE WILDE, the big retro groove is destined to become one of 2010’s first big floor fillers. WILDE, of course, is best-known for tracks such like ‘Gotta Get You Home Tonight’, ‘Don’t Say No Tonight’, ‘Lately’ and ‘Personality’… now with Europe’s coolest millionaires behind him, his career’s set to bounce right back.

Tags: COOL MILLION BACK FOR MORE