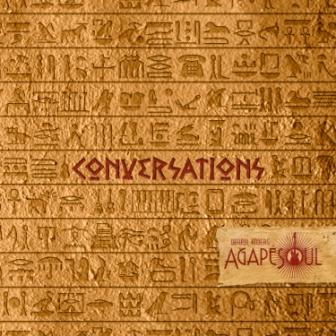 DARRYL ANDERS is one of America’s top session bassists… his credits are many and varied but soul fans will know him from his work with Tower of Power and Booker T Jones. (Before that, by the way, he was a top man in the world of musical video gaming).

In 2010 Darryl struck out on his own with a band that he dubbed AGAPÉSOUL. (“agapé” is the ancient Greek word for “love” in its widest, divine context). Their long player, ‘Believe In Love’ won wide critical acclaim, reaching no. 1 on the UK soul charts.

Between them, they cook up quite a menu! Amongst the instrumental highlights is ‘Fruitvale Gumbo’ – which sets out to meld the music of New Orleans, Oakland and Minneapolis… interesting. The long player boasts plenty of gorgeous vocal cuts too, like the lead single, the dreamy ‘The Way That We Love’. This is a light and fragrant summer vibe with Zoe Ellis on top form. Soul fave Tommy Sims is at the mic for ‘Home’ – a gentle and reflective piece. Another highlight, amongst many, is the seductive ‘The Lesson’ which kind of brings to mind those great Quincy Jones ‘Juke Joint’ projects. In many ways that’s a relevant comparison to make with the whole idea of Agapé Soul… a team of multi-talented artists committed to the ideas and concepts of the leader… a leader with a musical and spiritual vision: Darryl says: “My music itself is a conversation between musicians, who listen and respond to each other while also having a conversation with the audience and feeding off their energy. The conversation changes you, and those who listen will learn and be engaged in it for life. As AgapéSoul has grown, my idea as its producer was to incorporate into it the musicians I love and respect, integrate their vibe into the conversation and see what happens.”