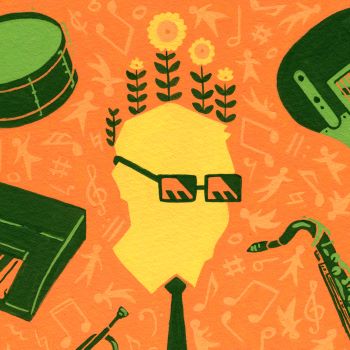 SIR SPENCER is the musical persona of Craig Sullivan, a self-proclaimed  “independent musical mixologist”. His debut album imaginatively called ‘The First’ was a very pleasing mix of  80s flavoured funk, rocky blues, old school soul with a garnish of EDM! Quite a mix but it really worked with the tracks ‘Sunflower’ and  ‘New Kind Of Lonely’ (both with input from Jason Peterson DeLaire – a scion of the famous, Prince-linked, Minneapolis Peterson/DeLaire clan) becoming UK soul chart riders!

Right now his “lordship” is gearing up to release his sophomore LP, aptly called ‘The Second’ – our man is nothing if not consistent. And that consistency is apparent in the quality of  the music, judging from the album’s lead off single – a very tasty double A sider  that pairs ‘Control Me’ with ‘Turn Us Back Around’.

‘Control Me’ is a sweet, sophisticated and soulful mid-tempo groove featuring a sensual vocal from Minneapolis-based singer Kendra Glenn. The message in the music is that maybe, just sometimes, a partner in a relationship might need to take a bit of a “back seat”. But it’s the lovely 80s/90s vibe and Ms Glenn’s vocal that captivates. Helping Sir Spencer craft the track is his old collaborator Jason Peterson DeLaire while jazzers Nelson Braxton and Sam Browner add quality on bass and drums respectively.

‘Turn Us Back Around’ conjures up a similar seductive mood . This one was co-written with Chrissi Poland who also delivers the soulful vocals. Sir Spencer covers most of the instrumental duties on this track with Jason Peterson DeLaire adding soulful sax fills. Lovely!

‘Control Me’ and ‘Turn Us Back Around’ are available on all the usual streaming services right now  and if we had a “Record Of The Week”, this would be it! Both tracks will be included on ‘The Second’ album that is scheduled for release later in October. Find out more @ www.sirspencermusic.com