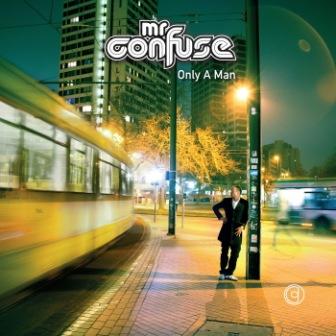 MR CONFUSE is a German producer, label owner and DJ and he’s been peddling his own brand of funk and soul since 1999. He’s just released his fifth studio album… ‘Only A Man’ and its crammed with all kinds of everything funkified and soulful.

Immediate attention grabber is a reworking of Shannon’s ‘Let The Music Play’. This 21st century version features vocals from Manoo and is a tad tougher and more electro than the well-loved original.

The Northern crew may well want to check ‘Same Old Game’. Featuring a passionate vocal from Leo Will, it features the same kind of frantic parping brass as ‘Breaking Down The Walls Of Heartache’. Best (only) semi slowie is the jazzy Elaine Thomas vocalised ‘Cranberry Dream’ while the album also boasts plenty of intriguing instrumentals for those who like that kind of thing.