CONFUNKSHUN AT THE JUNCTION…. 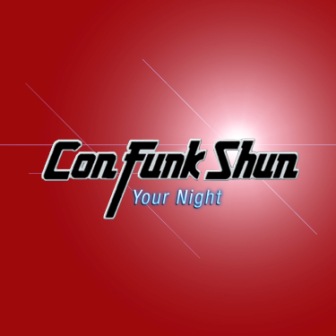 Soul collectors of a certain vintage will have fond memories of funk band CONFUNKSHUN. The band scored 25 chart hits between 1976 and their break-up in 1987, including smashes like ‘Ffun,’ ‘Chase Me,’ ‘Electric Lady,’ and ‘Baby I’m Hooked’.

The band has recently re-united with lead vocalists/songwriters Michael Cooper and Felton Pilate, after more than two decades apart, and they’ve just completed a successful tour. They’ve also recorded new material and have just released a “comeback” single, ‘Your Night’ which heralds an Autumn album, ‘More Than Love’.

‘Your Night’ is a steady mid-tempo soul groove that blends the classic ConFunkShun sound with contemporary R&B sensitivities. The producer on the record is Wirlie Morris –the man responsible for helping Charlie Wilson re-ignite his career.

Michael Cooper says of the new record: “My job in the seventies and eighties was to write to get on the radio and to be competitive to work with what I had at the time. All the while telling a story as close to the truth as possible in the lyrics. Back in the late 70’s and 80’s ConFunkShun used horns, synth keys, live players and big drums to make a point. Only today we have a marvelous tool call the Internet. Not only were we blessed to be in the studio together but we could email parts through cyberspace at 3am. Even have a song mixed by a person you’ve never met. A new and different kind of ‘Ffun’ Owww!”

CONFUNKSHUN’S ‘YOUR NIGHT’ is out now on Shanachie Records.