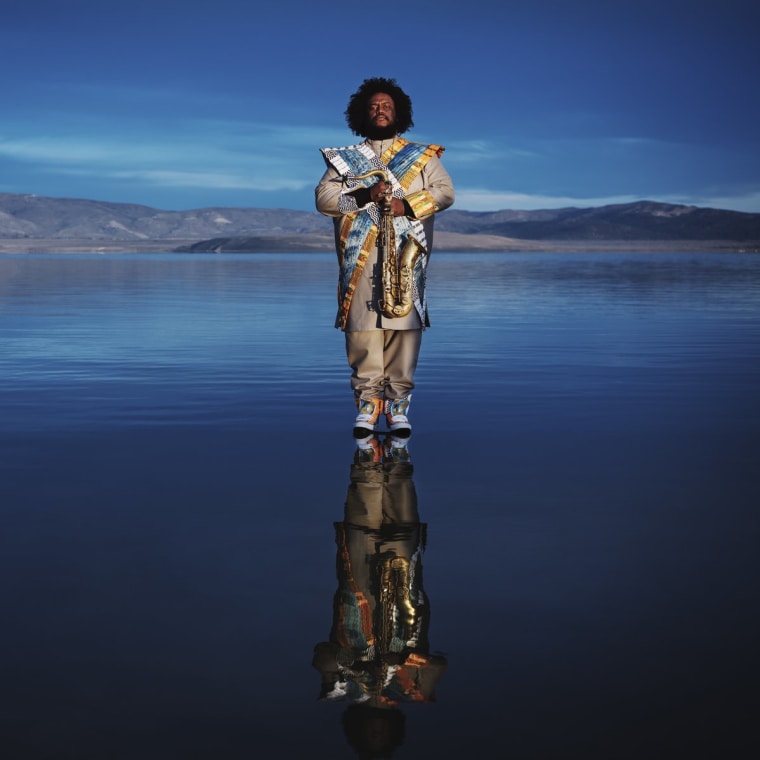 Tenor saxophonist and composer, KAMASI WASHINGTON, made jazz sexy and cool again in the eyes of mainstream audiences with ‘The Epic,’ his critically-acclaimed  triple album from 2015, which appealed as much to pop and rock fans as well as jazz’s hardcore devotees. The secret to the 37-year-old’s success  wasn’t just down to visual presentation – Washington looks like a Biblical prophet leading a band of rock stars – but his music, with its big, uplifting melodies, sumptuous arrangements, high energy, and positive vibes,  gave the world something fresh and different. What’s unique about him is that he’s simultaneously groundbreaking and accessible.

Washington’s popularity has also been fuelled by all the different festivals he and his band, The Next Step, have played over the last three years around the world, which has widened not only his own audience, but has seemingly given the general public a new appetite for contemporary jazz.

Following in the wake of last year’s superb EP, ‘Harmony Of Difference,’ ‘Heaven & Earth’ is a 16-track concept album that will be available on double CD and vinyl. Washington is joined by his band, The Next Step – including singer, Patrice Quinn, pianist Cameron Graves, keyboardist Brandon Coleman, trombonist Ryan Porter, bassist Miles Mosley, and drummer Tony Austin – along with several members of The West Coast Get Down, a loose aggregation of Los Angeles musicians that includes Stephen “Thundercat” Bruner, his brother, drummer, Ronald Bruner, and Terrace Martin. Noted jazz singer, Dwight Tribble, features on the album’s first single, ‘Fists Of Fury.’

‘Heaven & Earth’ is available (on CD, LP, download, and to stream) via the Young Turks record label on Friday 22nd June.

Look for a detailed review soon at SJF