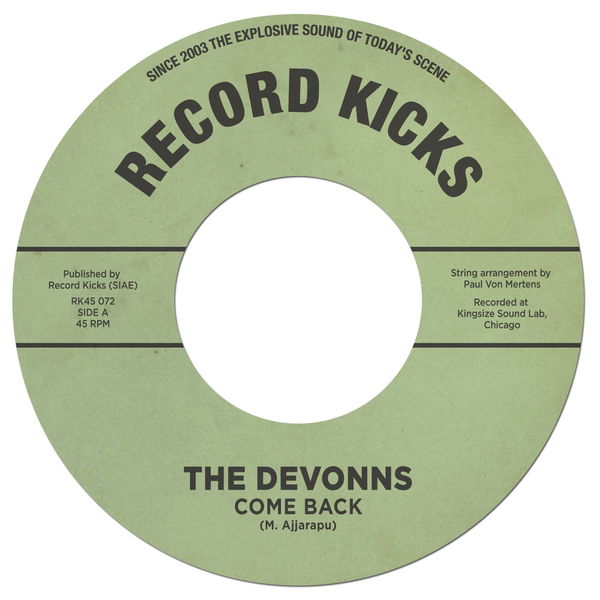 THE DEVONNS (pronounced “De-vaughns”) are a new soul band from Chicago. The group have been in the business since 2016 when multi-instrumentalist and songwriter Mathew Ajjarapu dropped out of med school and found himself unemployed and drifting round the Windy City. Listening to music constantly, he found himself drawn over and over to underground soul hits from the late 60s and early 70s… especially those of the great Chicago legends. – People like Curtis Mayfield, Jerry Butler, Johnny Pate and Leroy Hutson.

He found like minded souls Khalyle Hagood (bass), Khori Wilson (drums), Cam Cunningham (guitar) and The Devonns were born and they began work on an album from which their first single is set for release – it’s a sweet and quite lovely 60s throwback, ‘Come Back’. It calls to mind all kinds of things – right now it’s reminding me of Mayer Hawthorne at his best. Simple and catchy and boasting real strings (courtesy of Paul Von Mertens whose credits include Mavis Staples, Paul McCartney, and Elton John), it’s one those recordings that has a charm and magic that’s hard to define. Hugely recommended!

Come Back – The Devonns- available from June 1 via Record Kicks