COME ON OVER TO MY PLACE! 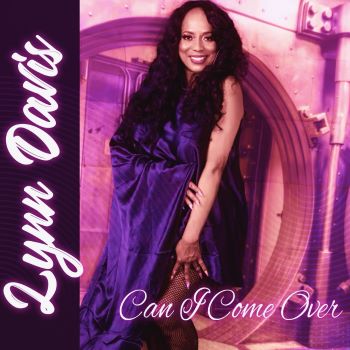 LYNN DAVIS is a US singer/songwriter/producer who is known, Stateside, as one of the best and most in-demand session singers. She’s graced countless recordings with people like Mick Jagger, The Jackson 5, Madonna, Mariah Carey, Kenny G, Barbara Streisand, Anita Baker, and Whitney Houston and for ten years she  fronted the George Duke Band. Lynn’s also worked on movie soundtracks  with legends like Steven Spielberg, Marvin Hamlisch, Arif Mardin, and Lalo Schifrin.

Right now Ms D , wisely, thinks the time is right to step out on her own with a soulful single, ‘Can I Come Over’. The tune , which opens with the classic ringing phone gambit, is  a sensual contemporary soul groove and Lynn’s performance underlines why she’s in such demand on the session scene. Her soul credentials are unimpeachable!

We’re told that this lovely single is taken from Lynn’s upcoming album, ‘Lynn Davis From The Vault’.

LYNN DAVIS: CAN I COME OVER…. Out now via Bella Records