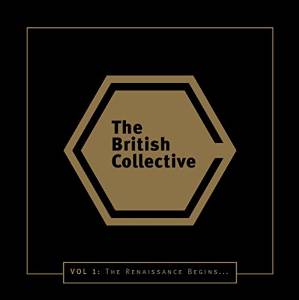 It was way back in December 2014 that we first heard of the BRITISH COLLECTIVE … a super “Super Group” made up of Don E, Junior Giscombe, Leee John, Noel McKoy and Omar. Their sweet little single, ‘Romantic’ took the UK soul world by storm. It was a tight contemporary soul beater with a hint of New Jack Swing while a series of imaginative mixes gave it real longevity.

Back then we were promised an album (see our interview archive) but it’s never materialised… till right now. The Collective’s people tell us that the ensemble’s album will hit the sales racks on September 2nd. It’s called ‘Volume 1. The Renaissance Begins’ and the good news is that the original quintet have been joined by a phalanx of other big names like Roachford, Alex Charles, Errol Reid, Glen Goldsmith, Paul Johnson, Rick Clarke, Sinclair, Hughie Crawford and Donovan Blackwood.

We’re told that the music on the album is “urban sophistication at its best… it’s an offering that feels familiar but at the same time, fresh and contemporary”.

We’ll let you know much more when we post our soon-to-come review.