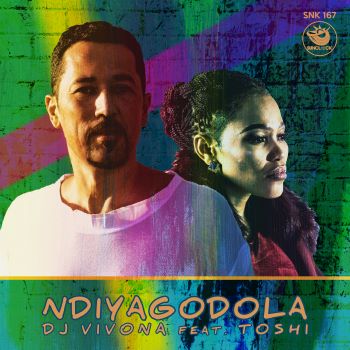 ‘Ndiyagodola’ (easier to write than say!)  is an African word meaning ‘I’m cold’. It’s also the title of the latest offering from Sicily’s DJ VIVONA.

Luca Vivona is a music graduate of Palermo University, and he burst onto the scene back in 2013 with the mesmeric ‘Another Day’. Since then, via his Sunclock label, he’s released a plethora of successful tunes.

He tells us that ‘Ndiyagodola’ is a heartfelt plea for help and kindness. Its vocal is delivered by TOSHI TIKOLO who hails from Cape Town. and she’s one of the leading voices on the Afro House scene. Her distinctive tones have graced some of the biggest tracks the genre has seen in recent years and here she wrings the right level of melancholy from the lyric – just enough to match the emotive, moody, shifting soundscape.

The tune comes in five mixes – the usual dubs, instrumentals and radio edits and it will be released on Traxsource promo January 28th. Full release February 11th, 2021 on Sunclock Records.