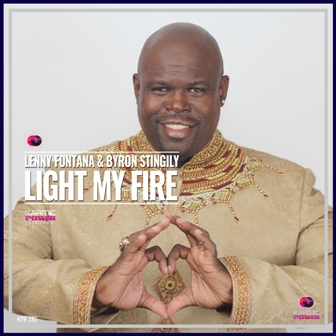 Soulful house heads will have fond memories of the early noughties tune, ‘Light My Fire’ from BYRON STINGILY. For the cut the ex Ten City lead voice teamed up with top producer LENNY FONTANA and the track helped define the genre…. sweet falsetto, tough beats and a crazy horn solo!

Originally released on Odyssey Records, the tune is currently in demand again and producer Fontana has now licensed it to reissue on his own Karmic Power label and it still sounds fresh and vital – little wonder it’s considered one of Stingily’s best!