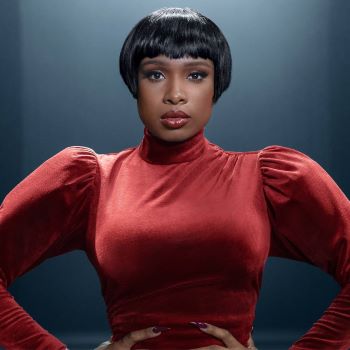 Latest single from JENNIFER HUDSON is her version of the old Motown chestnut ‘Ain’t No Mountain High Enough’. Ms Hudson had previously recorded an edited version of the song for a US ad campaign for Mastercard where the thrust was to encourage black female business entrepreneurs.  Jennifer’s full version of the song is out now, and you’ll hear that her treatment is nearer to the original Marvin/Tammi version than the overblown Dina Ross take.

Busy lady, Jennifer is currently working on an Aretha Franklin biopic. Tilted ‘Respect’, she plays the Queen of Soul. We’re told the movie is set to premiere in the States in August and other actors include Forest Whitaker and Marlon Wayans. Mary J Blige is also involved.