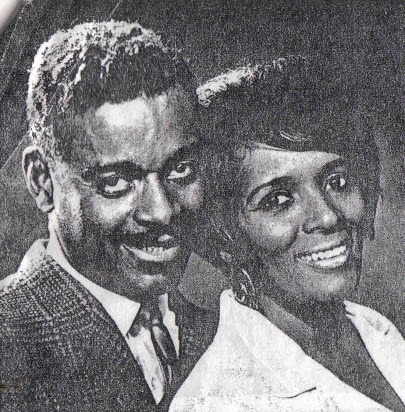 The US soul media is reporting the death on July 16th of CLARENCE BURKE SENIOR… the patriarch of the Burke family of Five Stairsteps fame. He was one day short of his 91st birthday and he died in hospital in Atlanta.

The Burkes hailed from Chicago where Clarence was a detective in the police department and with his wife Betty he coached his five children into a vocal group – the Five Stairsteps. (Clarence and Betty are pictured, together, above). Mother Betty thought that when the kids stood in line, they looked like stairs -hence the name; while father Clarence played bass in the group’s backing band – he also wrote several songs for them. Clarence was a friend of Fred Cash of the Impressions and that link brought the group to Curtis Mayfield’s attention. The group were signed to his Windy City label before moving to Buddah. Their biggest hit was, of course, the classic and oft covered ‘O-o-h Child’. The Stairsteps disbanded in the mid 70s with various members – notably Keni Burke – continuing in the business while Clarence Jr. formed a short lived group The Invisible Man’s Band.