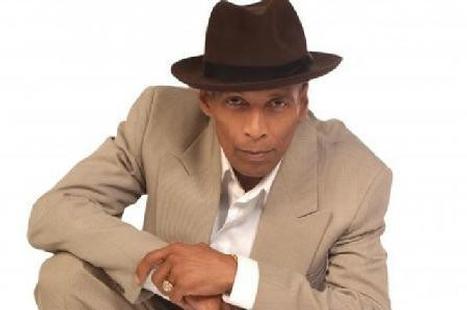 CLARENCE BURKE JR, sometime lead singer of the FIVE STAIRSTEPS, has died aged 64. His manager, JOE MARNO said the singer died on Sunday May 26th in Marietta, Georgia, where he’d been living. No cause of death was given.

THE FIVE STAIRSTEPS were a quintessential “family group” consisting of CLARENCE , his three brothers (JAMES, KENI and DENNIS)and one sister (JEAN ALOHE). (Between 1968-1969 they were joined by the youngest of their family, CUBIE). They were formed in Chicago in 1965 and named the FIVE STAIRSTEPS ‘cos when they stood in a line in age order they looked like a stepped staircase…. that was the official line anyway. CLARENCE was the eldest in the team and as well as singing lead he also played guitar, sorted the choreography and wrote songs.

The BURKE family were neighbours of FRED CASH of THE IMPRESSIONS who brought THE STAIRSTEPS to the attention of CURTIS MAYFIELD and working with MAYFIELD , THE STAIRSTEPS released five albums on both Windy C and Buddha with their song ‘Ooh Child’ generating most interest with the critics and the record buying public. The gentle, understated civil rights lullaby has since become something of a soul standard.

In 1976, they signed to GEORGE HARRISON’S Dark Horse label for their ‘2nd Resurrection’ album. Then, in 1980, they signed to the Mango label but with a change of name . THE STAIRSTEPS were now THE INVISIBLE MAN’S BAND. Further recording followed for Boardwalk but since then CLARENCE has worked only sporadically – generally playing the oldies circuit.