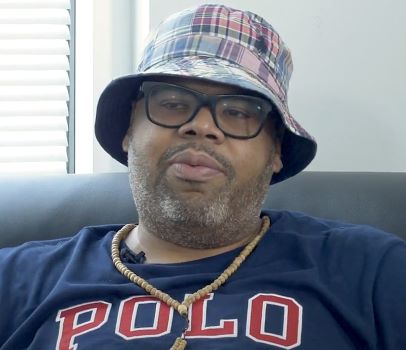 Hip-hop and R&B pioneer, CHUCKY THOMPSON, died on Monday August 9th. He was aged 53 and though no cause of death has been forthcoming his publicist said; “It is with a very heavy heart that I can confirm the passing of Chucky Thompson. To anyone in his orbit, you know how generous he was with his energy, creativity and love. Both the music industry, and the world has lost a titan.”

Thompson hailed from Washington DC and his musical career began playing in Chuck Brown’s Washington go-go band, the Soul Searchers. From there he was asked to work with Sean “Diddy” Combs as part of the Hitmen team at Combs’ Bad Boy Records. As producer, Thompson worked with people like Mary J Blige, Faith Evans, Notorious B.I.G. and Nas.

After the news of Thompson’s death was announced, Blige posted: “I just spoke to this man last month! We were discussing our plans to work together again. Chucky and I was and will always be a musical match made in heaven. He knew everything I was feeling personally and when we worked on the ‘My Life’ and ‘Mary’ albums.”