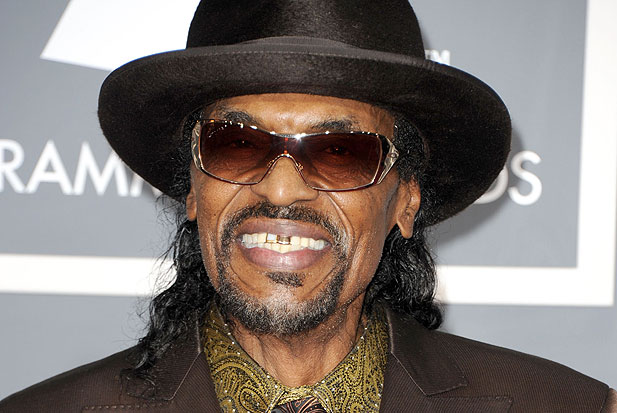 CHUCK BROWN, leader of CHUCK BROWN AND THE SOUL SEARCHERS, who was affectionately known as “The Godfather of Go-Go” – the non-stop, hi-excitement soul style he developed in Washington -has died aged 75.

The singer is perhaps best remembered for his 1979 US hit ‘Bustin’ Loose (Part 1)’, which was later sampled by the rapper NELLY on ‘Hot in Herre’.

BROWN was a hugely influential figure on the Washington DC music scene. After his death on Wednesday, following his hospitalization for pneumonia, the Washington Post reported that his Go-Go anthems could be heard all over the city as hundreds gathered at the Soul Factory church and on the street that was named CHUCK BROWN WAY in 2009.Washington DC Mayor VINCENT GRAY was among those paying tribute. He said, “Go-go is DC’s very own unique contribution to the world of pop music. Today is a very sad day for music lovers the world over.”