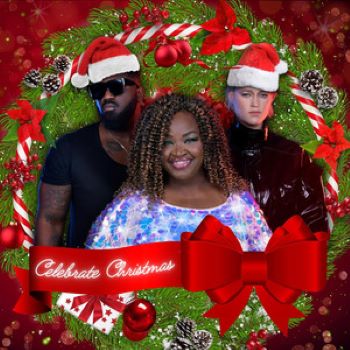 With our inbox groaning with Christmas music – old and new –  we thought it’s just about the right time to bring a few of the better ones to your attention.

The current incarnation of the WEATHER GIRLS currently implore us to ‘Celebrate Christmas’. The tune is a jingle bell fuelled disco romp with soulful, gospel reared vocals led by Dynelle Rhodes. Production is down to Euro musos Blizz Bugaddi and Gunn Lundemo. Mr L has been working with the Weather Girls for a few years now and  when it came to cutting the disc it was a no brainier to bring Dynellle and co into the studio, Also involved are Terri Bjerre and Torsten Abrolat (of the Terri Green Project) so you know we’re talking soul quality here.

No one’s ever doubted the quality of JODY WATLEY and her new Christmas offering is a gentle cover version of ‘Christmas Time Is Here’ . You may know that the song, written by Vince Guaraldi, first featured in the 1965 US TV special ‘A Charlie Brown Christmas’ and it’s been covered many times since. Producer Rodney Lee gives the recording a smooth jazz treatment  and it’s just a   quintessential American holiday song which Jody handles ultra-sensitively.

Now, saving the best till the last can we really recommend Nathan Johnson and the Angels of Libra’s ‘The Nine Angel Choirs’. The lovely song featured on the band’s recent album (see https://www.soulandjazzandfunk.com/news/libran-lp/ ) and I guess that “Angel” thing suggested this could be a Christmas tune, so they’ve released it as a single but to make it even more festive they added a “For Christmas” mix which adds some Christmas relevant features – like the softly spoken intro. It really is quite lovely and it offers a new, subtle  approach, saying that Christmas wouldn’t be as special without having the ones we love around us. And ultimately, that’s what Christmas is all about. Ah sweet… but do give this one a try! It’s the best new Christmas song we’ve heard this year, and we’ve heard plenty!