CHRISTMAS IN BROOKLYN (NOT THE NEW YORK ONE THOUGH!) 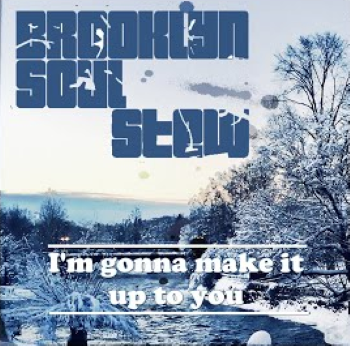 Despite their name BROOKLYN SOUL STEW don’t come from anywhere near Brooklyn or indeed the USA for that matter! This big “Brooklyn” ensemble (they’re a ten piece!) hail from Sweden! However, they take their inspiration from 70s soul most notably from bands like Tower of Power (who of course hail from the West coast!)

Whatever, 12 months ago, they impressed plenty with their album, ‘Hits Where It Hurts’ which featured plenty of horn-driven funk and soul. One of the album cuts, the meandering ‘I’m Gonna Make It Up To You’ has just been given a Brooklyn Soul Stew makeover and released as the band’s special Christmas offering.

The message isn’t particularly Christmassy, but the band say that it’s about making up to people who have had a hard time – yes, a Christmas sentiment, but good too for all year round surely? Sonically the track has been extended by some 30 seconds with the addition of an angelic choir and the obligatory sleigh bells. It’s out now.