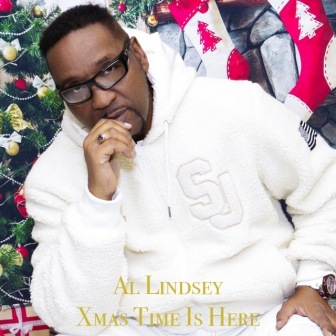 Already getting a bit fed up of “hanging all the mistletoe” or that “cold, cold Christmas in the ghetto”? If so, here are a few brand new Christmas soul releases that offer something a little different.

First up there’s a smooth but soulful ‘Christmas Time’ from Virginia’s AL LINDSEY. For many years Al has worked in an around Detroit – occasionally collaborating with Lawrence Payton Jr (son of Four Tops, Lawrence Payton Snr and now a Top himself). You may remember his 2018 ‘Versatility’ LP and his ‘Christmas Time’ confirms the soul credentials that were apparent on that album… a great song stylist (might remind you of Ali Oli Woodson) and sweet, seasonal song.

‘Christmas Unites The World’ is another new cut with an optimistic seasonal message. Artist is New Orleans born SARGENT TUCKER. The message is clear…. the essence of the season is world peace, sharing the spirit of love, unity, and togetherness. Production is down to Levi Seacer, Grammy nominated producer, and former Music Director of Prince.

Last Christmas SHOW TYME (the musical alter ego of Trenton, New Jersey born LETHEL BROOKS) released a Christmas message song ‘It’s Christmas Time’… a sweet, modern soul slow jam with images of mistletoe, holly, peace, love and all the usual suspects. It sort of slipped under the radar, so just in time for the annual Wassail fest, the song is being re-promoted. Show Tyme says: “this song is a representation of Christmas past and present evoking the memories of those crisp Christmas Mornings and warm Holiday Nights. A time when the family is the centre and love is the fabric.”

Finally, from the Regi Myrix stable comes “Kiss On Christmas” from TY JUAN. This is a big production… classy string intro and a delivery that harks back to the era of Boyz II Men et al.