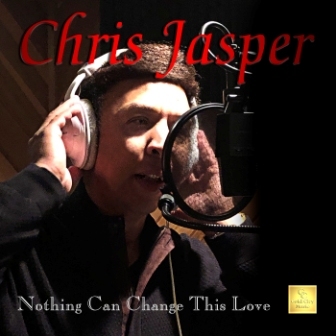 Last October we enjoyed a new version of the Isley Brothers’ 1975 classic ‘For The Love Of You’. This new take was rather special…. it came courtesy of its original creator and sometime Isley Brother, CHRIS JASPER.

We were told that Chris’ son, Michael got himself married last September and he asked his dad to perform this very special song at the wedding. Dad duly obliged and the result was so good that the Jasper family label, Gold City Music, released the take as a single.

The good news is that Chris was so happy to cover his famous old ballad that he got to thinking about recording more special covers and the end result is a new CJ “covers album” due very soon. The title will be ‘For The Love Of You’… that song being one of three Isley tunes on the collection. The rest of the music takes in more classic soul and pop – including a rather special version of Sam Cooke’s ‘Nothing Can Change This Love’ which has just been released as a single. Wisely Chris doesn’t try to mimic the wonderful original, rather he gives it his very own unique  treatment but at the same time manages to retain the simple, soulful beauty of Sam’s version. It’s rather special and we look forward to the parent album