CHRIS IS THE ONE! 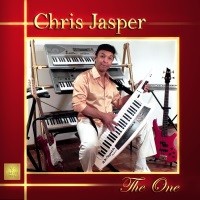 CHRIS JASPER needs no introduction to readers of SoulandJazzandFunk. The Rock and Roll Hall of Famer made his name with the Isley Brothers and then with splinter group Isley-Jasper-Isley. His sweet voice, melodic songs and cutting keys were integral parts of both combos.

Chris has also enjoyed a successful solo career – and there’s more success on the way with a new album slated for summer release on his family’s Gold City label. The LP is heralded with a just released single called ‘The One’. It’s a dreamy ballad that will recall the very best of the Isley Brothers though Chris puts his own distinct stamp on it.

Find out more @ www.chrisjasper.com and also be sure to check our interview archive for two exclusive interviews with the man.