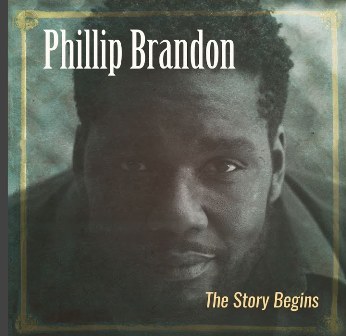 It was back in September 2017 that we first became aware of LA’s PHILLIP BRANDON … a new-ish kid on the soul block with a fine pedigree (Phillip Sr was a jazz buff while mother Brenda was a member of Ray Charles’ legendary Raelets).

We got to know Phillip via his Preston Glass-produced album, ‘The Story Begins’ … a set that had some commentators making comparison with early Gregory Porter. Amongst the album highlights were the  album title cut, the gentle ‘Stay In The Moment ‘(a duet with his mother) and ‘Chocolate Child’. This uplifting latter referenced messages voiced by pioneers like Oscar Brown Jr, Donny Hathaway and Curtis Mayfield and is still winning radio plays, so much so that the track is being presented as a single and can be investigated at your favourite download portal.