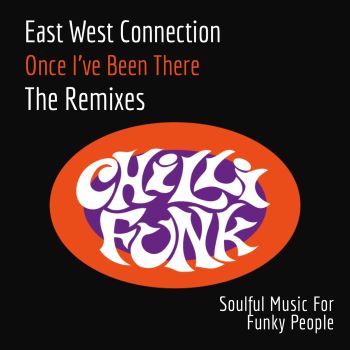 For the relaunch Lofty has joined forces with fellow London based producer, Tom Davidson (Casa Devi), in order to, he says;  “bring back the quality soulful sound the Chillifunk brand is famous for with a plethora of new releases lined up and as well as making most of the label’s long lost back catalogue available online”.

To set the whole process rolling, the first single is due out right now. It features (you guessed!) East West Connection with guest input from Pete Trotman on a sparkling and respectful cover of Norman Connors’ ‘Once I’ve Been There.’ The song originally appeared on Connors’ ‘Romantic Journey’ album with Prince Philip Mitchell taking the vocals. On this new tweak Mr Trotman never sounds daunted by following in Mitchell’s  auspicious footsteps. He delivers as soulfully as you’d expect.

The song was originally released in 1977 (yes!!!) but this Lofty and Dr Bob production brings it right up to date – vital and contemporary. There are the usual various mixes – each with considerable merit. The L+T Project mix  (aka Lofty & Tom) delivers a Philly flavour while  their  “Common Mix” and the Iconix tweak (Aka Lofty and Rude Boy Rupert) deliver a smooth percussive groove. There’s a dub too! Hugely recommended!

‘Once I’ve Been There’ (incl. L+T Project and Iconix Mixes) will be released on Traxsource promo November 12th / Full release November 26th 2021 on Chillifunk Records.