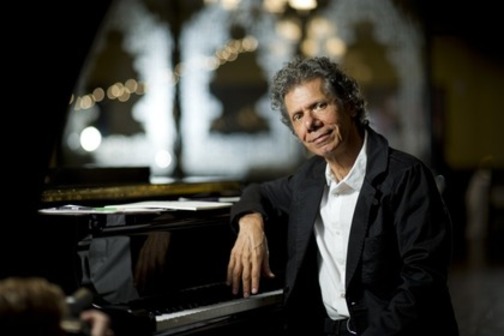 Chick Corea’s website announced yesterday that the legendary American jazz pianist and composer  had died from a rare and recently diagnosed form of cancer on February 9th aged 79.

Corea, who born Armando Anthony Corea in Chelsea, Massachusetts on June 12 1941, was one of the foremost keyboard virtuosi of his generation who together with Herbie Hancock, McCoy Tyner and Keith Jarrett helped to shape the vocabulary of the piano in jazz’s post-bebop era.

He will be best remembered though for his significant role in the birth of jazz-rock and electric fusion at the end of the 1960s when he worked with Miles Davis on the trumpeter’s pathfinding albums ‘In A Silent Way’ and ‘Bitches Brew.’ His work with Davis eventually led to the formation of Corea’s own envelope-pushing band, Return To Forever, which began as an acoustic ensemble in 1972 before morphing into a dynamic electric group that played as loud as rock bands and performed in front of thousands in huge stadia concerts. The band racked up bestselling albums like ‘Hymn Of The Seventh Galaxy’ and ‘Romantic Warrior,’  and reunited briefly in 2009 and 2012.

Away from Return To Forever, Corea recorded a plethora of solo albums – among then the critically acclaimed ‘My Spanish Heart’ from 1976 – and frequently collaborated with vibraphonist Gary Burton. But Corea seemed to prefer playing in a group format and between the late 1980s and 2004 made several significant recordings leading two ensembles, his Elektric and Acoustik Bands.

As well as contributing new standards to the jazz repertoire with the songs ‘Spain,’ ‘500 Miles High,’ and ‘Windows,’ Corea’s achievements included receiving an astonishing 67 Grammy nominations, of which he won 23 times; most recently in 2019 for his album ‘Antidote,’ recorded with The Spanish Heart band.  His final LP was 2020’s ‘Play,’ an intimate 2-CD collection of live solo piano recordings which showcased his skill, both as an improviser and a sensitive interpreter of music as varied as Thelonious Monk’s ‘Pannonica’ and Frederick Chopin’s ‘Prelude Op. 28 No. 4.’

The Corea’s website posted a poignant farewell statement from the pianist: “I want to thank all of those along my journey who have helped keep the music fires burning bright. It is my hope that those who have an inkling to play, write, perform or otherwise, do so. If not for yourself then for the rest of us. It’s not only that the world needs more artists, but it’s also just a lot of fun.”