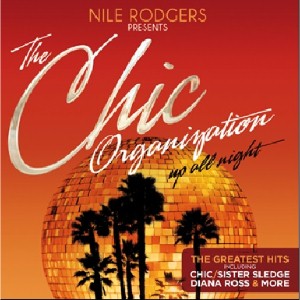 Like ‘Savoir Faire’, ‘Up All Night’ highlights not just music from CHIC themselves but also from numerous other projects that NILE RODGERS and BERNARD EDWARDS worked on. So apart from ground breaking CHIC tunes like ‘Le Freak’, ‘Everybody Dance’ and ‘Good Times’ there’s music from people like SISTER SLEDGE, DIANA ROSS, CARLY SIMON, DEBBIE HARRY, JOHNNY MATHIS and one of the duo’s favourite muses, NORMA JEAN WRIGHT.

Amongst the tunes not featured on ‘Savoir Faire’ are JOHNNY MATHIS’ catchy ‘I Love My Lady’ and the original mix of NORMA JEAN WRIGHT’S ‘Saturday’.

RODGERS and his current CHIC line-up are performing in the UK throughout the summer. High profile gigs include festivals at Glastonbury, Beatherder, Birmingham, Isle of Wight and Portmeiron while on 27th July CHIC will be headlining at the Greenwich 02…. Check local press for details.