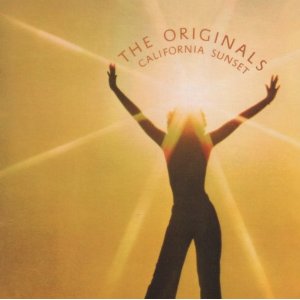 Over the last couple of months reissue conglomerate CHERRY RED have released a slew of fine albums under their many different imprints. A number seem to have slipped through the radar here @SJF… so here’s a quick roundup of some the best…

Amongst the wonderful soul reissues there’s ‘California Sunset’ from THE ORIGINALS. The underrated group cut the album for Motown in 1975 under the auspices of LAMONT DOZIER and the two standouts are the title cut and the wonderful ‘Good Lovin’ Is Just A Dime Away’. DAVID NATHAN’S soulmusic.com label is also part of the Cherry Red group and they have three noteworthy items. First there’s an unusual “twofer” on the ever-lovely DIONNE WARWICK. Unusual, because they’re “themed” albums –’Dionne Warwick Sings Cole Porter’ and ‘Aquarela Do Brasil’. Both were recorded for Arista in the early 90s and offer a different perspective on the songstress. Another legendary lady is featured on the second soulmusic.com release – ESTHER PHILIPS. Her reissued “twofer” pairs her late 70s Mercury albums ‘You’ve Come A Long Way Baby’ and ‘All About Esther Philips’…listen up to a great version of ‘Native New Yorker’. A PEABO BRYSON “twofer” completes the trio of soulmusic.com releases. The two featured LPs are the breakthrough ‘Reaching For The Sky’ (1978) and the follow up, ‘Crosswinds’ (1978 too). Neither needs any introduction to lovers of sweet soul.

If you like your soul a tad “tougher” try the Shout “twofer” on Z Z HILL. Label boss, CLIVE RICHARDSON has paired ‘The Best Thing That’s Happened To Me’ with ‘Z Z’… two great mid 70s soul artefacts originally out on United Artists.

More left field maybe are ‘Escape Artist’ from GARLAND JEFFREYS and ‘Any Way That You want Me’ from EVIE SANDS. The former’s out on the main Cherry Red label while the latter’s on Rev-O-La.

Finally for 60s collectors Cherry Red offers two real gems. First there’s ‘Keep On Running’ –a fortieth anniversary celebration of Birmingham’s SPENCER DAVIS GROUP. The band, which of course featured a very young STEVIE WINWOOD, were great interpreters of soul and R&B and this set features live versions of stuff like ‘Every Little Bit Hurts’ and ‘Dimples’. Finally there’s ‘Changes’ from the sadly little known BERYL MARSDEN. BERYL was part of the Liverpool 60s beat boom and she specialised in soul covers. Chart success eluded her and she never had an LP released on her. Here RPM collect all BERYL’S career material – 24 tracks that take us from the 60s to 2007. Like I said plenty of great soul covers but also some wonderful contemporary material. Try 2007’s ‘Hello Stranger’ (not the BARBARA LEWIS song by the way) which is as good as anything that took LISA STANSFIELD into the charts.

Watch out for reviews on SJF very soon… in the meantime find out more @ www.cherryred.co.uk