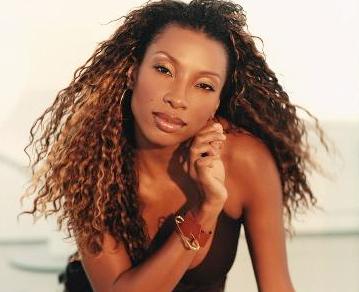 CHARMAYNE “MAXEE” MAXWELL, sometime member of BROWNSTONE, died on Friday 27th February. She was just 46. Her death was the result of a freak domestic accident at her Los Angeles home. It’s reported that Charmayne had come home from her son’s soccer game on Friday evening, and was home alone with him. Later in the evening … around 9 PM her husband, Danish music producer Carsten “Soulshock” Schack, came home and found her unconscious and bleeding. It seems that Charmayne had fallen and cut her neck on glass … she was bleeding profusely, but still had a pulse. Her husband called 911, and paramedics transported her to Cedars of Sinai Hospital … but she had lost too much blood. We’re told she died on the way to the hospital. LAPD went to the home … and have reported that it was a broken wine glass which cut Charmayne’s neck. Detectives do not suspect foul play. Danish media outlets offer a different twist, saying that Charmayne fell during her son’s soccer match

Ms Maxwell was a member of Brownstone between 1994 and 1998, later rejoining the group , sporadically, between 2007 and 2015. The two other original members were Nichole Gilbert and Monica Doby and the band was formed in LA and eventually signed to Michael Jackson’s’ MJJ label. Doby was eventually replaced by Kinas Cosper but the hits quickly dried up and the trio disbanded in 1998.

Grammy-nominated, Brownstone are best remembered for their hit ‘If You Love Me’ but they also enjoyed success with the singles ‘Grapevyne’, ‘Pass The Lovin”, and ‘I Can’t Tell You Why’ (the old Eagles song). Charmayne also released a solo single entitled ‘When I Look Into Your Eyes’ in 2000.