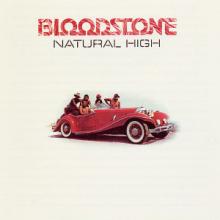 Founding member, guitarist and vocalist with BLOODSTONE, CHARLES LOVE has died. Few details are available but it seems the singer died from pneumonia at his home in Kansa City.

Bloodstone was formed in 1962 evolving out of a doo-wop group called the Sinceres. Success was hard to come by and the band eventually went to Europe to find work where they encountered British record producer and soul and blues enthusiast Mike Vernon. By that time the band were; Love on guitar and vocals, Melvin Webb on drums, Roger Durham on percussion, Charles McCormack on bass and Willis Draffen on guitar.

Their first album, ‘Bloodstone’, included the minor hit, ‘That’s The Way We Make Our Music’ but the big song was the beautiful, timeless ballad ‘Natural High’ which gave the group a gold record, reaching the Top 10 on both the pop and R&B charts. Apart from that signature quiet storm moment Bloodstone were also known for their blistering funk and soul. The group’s other 1970s hits included ‘Never Let You Go’, ‘Outside Woman’ and My Little Lady’.

Bloodstone also starred in and wrote all the music for a film entitled ‘Train Ride To Hollywood ‘ (1975) and they enjoyed a renaissance when ‘Natural High’ was featured in Quentin Tarrantino’s ‘Jackie Brown’ film.

Founding members who died prior to Love include Roger Durham in 1972, Melvin Webb in 1982 and Willis Draffen in 2002. The surviving members of the group are Harry Williams, Charles McCormick and Donald Brown.