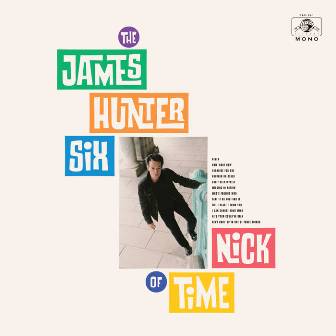 Not wanting to wish the year away, but already pencilled in as a highlight of 2020 is the release of a new album from everybody’s favourite UK blue eyed soul boy – JAMES HUNTER. The LP, James’ 7th, is ‘Nick of Time’ and it will be released on Brooklyn’s renowned Daptone Records on March 6th.

We’re told that ‘Nick Of Time’ “is a voyage between beautiful, mid-tempo rumba recalling early King/Federal releases, while lush arrangements summon lost tracks from early ’60s Burt Bacharach sessions”.… and the leaked first single ‘I Can Change Your Mind’ confirms all that… classic James Hunter and his very special take on 60s real soul. The single will be officially available from January 24th.

More good news…. James and his six will be going on the road to promote the new album…. dates and details available soon.