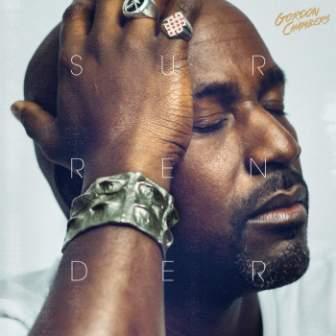 GORDON CHAMBERS is a name not known to too many in the soul mainstream though over the past twenty years he’s made a huge contribution to the genre.

As a Grammy winning songwriter he’s scored hits with the likes of Anita Baker (‘I Apologize’), Angie Stone (‘No More Rain’), Brandy, Tamia, Whitney Houston, Chaka Khan, Gladys Knight (‘Missing You’) and Beyonce (‘After All Is Said And Done’).

In his own right he’s released three acclaimed solo sets… the last being 2011’s ‘Sincere’. Since then Gordon’s undergone something of a personal crisis after the loss of close friends, family members and his preferred collaborator, Whitney Houston: “During the last five years of my life, I’ve been truly, truly tested. I was still doing everything that I was expected to: touring, speaking in schools, vocal coaching, mentoring songwriters, spreading the good news, reflecting light to the world. But inside, I was crying and struggling with my relevance. After ‘Sincere’, I wondered had I expressed all I needed to say or all that folks wanted to hear from me as a solo artist.”

However, after encouragement from younger writers, Gordon found himself back in the studio and now is all set to promote a brand new long player. ‘Surrender’… which he calls “A soul-searching musical sojourn from heartbreak and hope”. The long player features cameos from Lalah Hathaway and Eric Roberson and the lead single, the big, building ‘One Voice’ sums up the optimism that Mr. Chambers now feels.