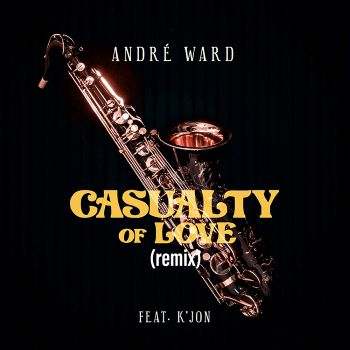 ‘Casualty of Love’ is the latest single from Chicago sax player, ANDRÉ WARD. We’re told that André was something of a child musical prodigy. He says: “When I was 12 years-old, I met the drums and started playing the snare drums for about six months, then courted the trumpet for three months, but when I picked-up the saxophone, I fell in love and the eternal union began,”

He cites his influences as people like Grover Washington Jr., Charlie Parker and Cannonball Adderley but ‘Causalty of Love’ is more a contemporary soul vocal than a sax led tune. Sure the cut boasts plenty of tasty sax work and soloing but the main feature is the classy vocal from K’Jon.

We believes that this ‘Casualty of Love’ is actually a remix of a track from André’s upcoming album ‘Africa Rising’.

ANDRÉ WARD feat K’Jon; Casualty of Love’ out now via The Gallery Ent