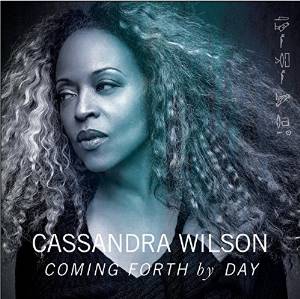 Double Grammy-winner, jazz chanteuse CASSANDRA WILSON, is releasing her debut long player for Columbia Records on April 7th. It’s called ‘Coming Forth By Day‘ and pays homage to the legendary jazz vocalist, Billie Holiday (its release coincides with the 100th anniversary of ‘Lady Day’s’ birth). The album features twelve tracks (eleven associated with Billie Holiday plus one original) and is produced by Nick Launay, a producer who has previously worked with Nick Cave & The Bad Seeds and Arcade Fire, while string arrangements are provided by Van Dyke Parks.

Says Wilson: “‘Coming Forth By Day’ is a homage dedicated to the beauty, power and genius of Billie Holiday. A collection of musical spells, prescriptions for navigating the dubious myths surrounding her life and themes, this record is a vehicle for the re-emergence of Billie’s song book in the 21st century.”

Look out for an interview with the singer on SJF soon.

‘COMING FORTH BY DAY’ IS RELEASED VIA COLUMBIA ON APRIL 7TH 2015.