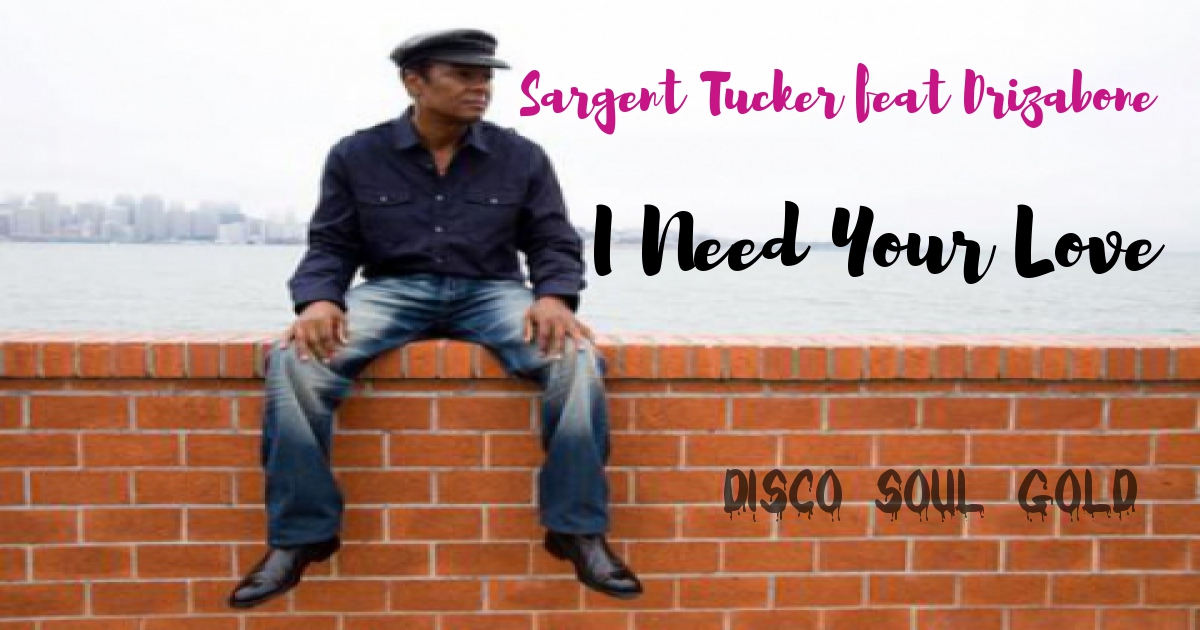 SARGENT TUCKER is a New Orleans soul man whose current single is making big waves on the modern soul scene. The tune is a pleasing mid-tempo romp called ‘I Need Your Love’ that highlights Sargent’s warm, soulful vocal.

It’s winning plays a plenty on stations like Solar after it was recomended by DSG Records head boy Gary Van den Bussche. Gary was first pointed to the tune by modern soul enthusiast Tim Everett but Gary, loving what he heard, also felt that a big name remix would make the good even better. Enter Drizabone main man Billy Freeman… currently working on a new Drizabone album, he was invited by Gary to remix ‘I Need Your Love’ and he loved the tune so much he agreed right away.

The end result is a lazy, soul groove that’s perfect for summer soul nights and many who’ve heard it are hailing it as a contender for soul track of the year. Yep, it is that good and what makes it so right is not just Billy’s hypnotic Drizabone feeling but Sargent’s quirky but appealing soul tones.