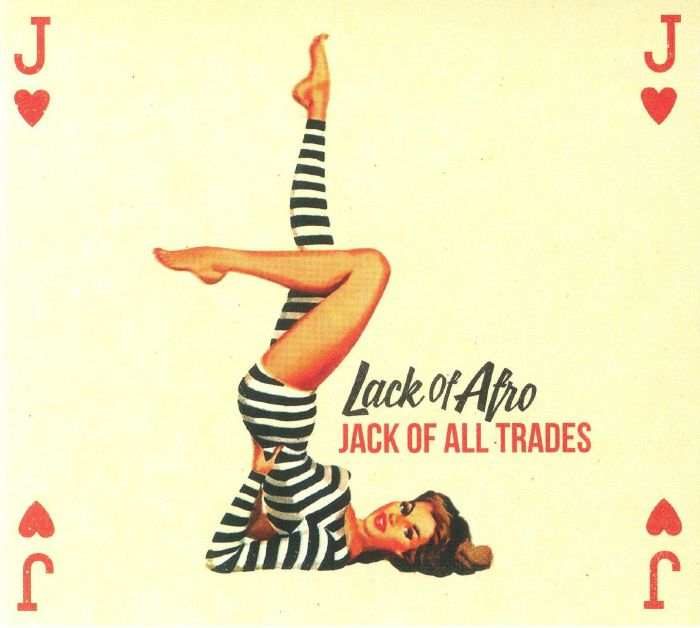 Savvy collectors will know that LACK OF AFRO is the musical alter ego of multi-instrumentalist, composer and producer ADAM GIBBONS and Adam’s good to go with LOA’s sixth studio album – ‘Jack Of All Trades’.

Like the previous five long players ‘Jack of All Trades’ is a multi-genre affair; indeed probably more “multi genre” than any of the previous efforts. Dip in here and hear all kinds of everything…. funk, hip-hop, disco, rock, wistful balladeering, pop and some rather decent soul.

The two outstanding soul cuts feature guest vocalist Elliott Cole and he shines on the opener ‘Back To The Day’ and the equally sweet ‘Reach Out’. Their soulful flavour is similar to the sounds crafted by people like Mayer Hawthorne and Mamas Gun. LOA’s production on both is bob on; Adam’s clearly done his soul homework.

Elsewhere, ‘Only You And Me’ will please fans of electro disco while if hip hop floats your vessel, try the quirky ‘Back in Business’ or ‘Take It Up A Notch’. Radio 2 playlisters could do worse than investigate the Lilly Allen pop of the Juliette Ashby vocalised ‘Baby Me Mine’ (a nod to the 60s girl group sound) and the Nick Corbin fronted ballad ‘Home’.

However I keep coming back to those two little soul efforts…. ‘Back To The Day’ and Reach Out’ and I can only recommend investigation.